Women are more than twice as likely as men to tell people about their hearing challenges and how the hearing loss impacts their ability to communicate, a U.S. study has found (Via: www.hear-it.org)

Women with hearing loss may be more likely than men to explain the condition to others in a way that also helps to foster communication. In fact, women were more than twice as likely as men to report telling people not just about their hearing challenges, but also about how to help them. This is the result of a study involving 337 participants conducted at a hearing clinic in Massachusetts in the U.S.

One in three rarely disclose their hearing loss
In general, slightly more than one-third of the participants said they rarely – if ever – told people about their hearing loss, while about 14% shared the information with people all or most of the time.

People were more than twice as likely to engage in conversations about hearing loss if they had tried it before and been met with support and accommodation, the study found.

The severity of the hearing loss didn’t appear to influence how people chose to disclose the condition to others.

Men prefer unelaborated disclosure
The study concluded that men in contrast to women tended to favor a direct disclosure of hearing loss without any elaboration on how it impacts their ability to communicate or how others might help.

The study authors Jessica West and Konstantina Stankovic, colleagues at Harvard University and Massachusetts Eye and Ear in Boston in the U.S., explain that women’s approach is better because it can help limit how much hearing loss negatively impacts patients’ lives.

The study was published in the journal Ear and Hearing. 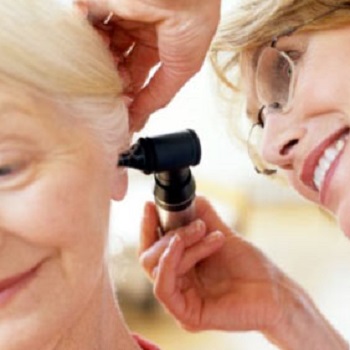