News & Events
September 7, 2016
When silencing phantom noises is a matter of science

With a clever approach, researchers point to the first gene that could be protective of tinnitus

New study in mice proposes the first gene that could help prevent tinnitus, that ringing in the ears inside one’s head when no external sound is present. This discovery is a first step to identify the molecules that could be targeted in treatments to silence the phantom noises, and help thousands of people.

Ringing in the ears or hearing of a sound inside one’s head when no external sound is actually present is known as tinnitus. It’s a common problem that affects more than 1 person in every 10. While many learn to live with it, tinnitus can become much more than a minor ringing or buzzing sound. It can seriously disturb sleeping, concentration and daily living to the point of causing depression and anxiety.

The gene codes for a glutamate transporter, a protein that works to take the neurotransmitter glutamate away from the synaptic space, where neural communication occurs, back into the cells. “Removing excess glutamate from the synapse is vital for healthy neural function, as uncontrolled glutamate levels outside neural cells overexcites neurons and has toxic effects,” he explains. “Dysfunctions in glutamate transporters has been previously associated with seizures and amyotrophic lateral sclerosis and now, tinnitus.”

The results, published in Frontiers in Behavioral Neuroscience, point beyond the known predominance of GLAST in the cerebral cortex and hippocampus, as its protective effects could happen in the ear. “Our study opens the possibility that higher expression of GLAST in the cochlea could create the resistance of mice to auditory insults, by preventing ototoxicity.” 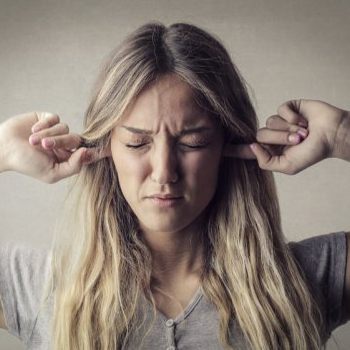