Published  in Cell Metabolism, the researchers used the chemical nicotinamide riboside (NR) to protect the nerves that innervate the cochlea. The cochlea transmits sound information through these nerves to the spiral ganglion, which then passes along those messages to the brain. Exposure to loud noises damages the synapses connecting the nerves and the hair cells in the cochlea, resulting in noise-induced hearing loss.
The researchers set about trying to prevent this nerve damage by giving mice NR before or after exposing them to loud noises. NR was successful at preventing damage to the synaptic connections, avoiding both short-term and long-term hearing loss. What’s more, NR was equally effective regardless of whether it was given before or after the noise exposure. 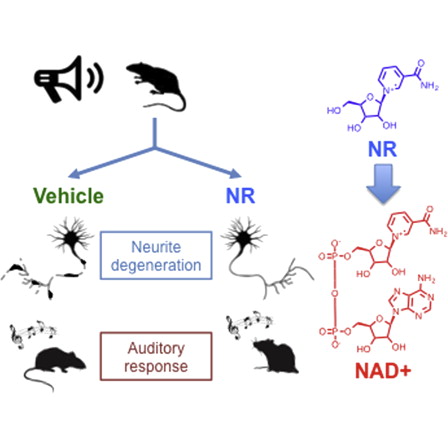