Ageing is a complex process. It happens in every part of the body, not just specific cell or tissue types. Even psychological factors and stress can play a role. The EU-funded project NINA took a multidisciplinary approach to improving our understanding of how age-related changes interact, ultimately helping us age more healthily

By the year 2020, almost one in five Europeans will be aged over 65, according to demographic projections. While life expectancy is on the rise, older people do not necessarily stay healthy for longer. Understanding factors that contribute to healthy ageing could help change that.

Three body systems bear the brunt of ageing: the immune system, responsible for our body’s protection against disease; the endocrine system, composed of the collection of glands that secrete hormones into the blood stream; and the central nervous system, i.e. the brain and spinal cord.

Psychologists, endocrinologists, immunologists and researchers from various other disciplines came together on the NINA project to take a look at the big picture. With a focus on the three crucial systems mentioned above, the partners at 10 leading European research institutes and 15 young researchers at the beginning of their career studied among many other areas the effect of sleep duration and the quality of immune function in old age.

With age, sleep changes, explains project coordinator Janet Lord of the University of Birmingham. You sleep less as you get older and are more easily interrupted in the night. We know that the shorter you sleep and also if you are a very long sleeper death rates go up. But that is about all we know so far.

The NINA study revealed that the effect of disrupted or shorter sleep cycles at night is the same on both young and old people, and the immune system changes in both groups. The crucial difference lies in their recovery capacity: while young people are back in shape within 24 hours, older people are not. The conclusion: older people are less able to deal with lost sleep, which in turn impacts their immune system.

Stress a powerful factor in ageing

The researchers observed a similar effect on the immune system in times of great stress, which can even lead to premature ageing. Looking at the stress of care-givers on the one hand and the bereaved on the other, another study showed that, once again, young people can cope with stress much easier than old people. The older person has reduced immune function in both cases, indicating that there is a need to do more for people in such situations.

To achieve this goal, the project partners are collaborating with health policy advisors. At the same time, they are applying for funding to take their findings to the next level and examine treatment options in the form of antidepressant-based or behavioural therapies.

Finding the fountain of youth?

Another research team building on the results of NINA is even trying to reverse some of the effects of ageing. They studied the thymus an organ which is part of the immune system and makes T cells. These cells play a crucial role in defending our body against foreign invaders and disease. However, the thymus starts to shrink in childhood and by middle age produces very few new T cells.

In the framework of NINA, the researchers used a stem cell technique that reprograms adult cells to become pluripotent stem cells (iPS). Introducing this type of cell into a mouse that did not have a thymus, they found that the organ regrew. They are now trying to attain the same outcome in an older mouse

The next thing is to see whether it would still improve the immune function, says Lord, emphasising that compared to the sleep and stress studies which promise more immediate results reaping the benefits of this work is a little bit further away. But maybe in about five years’ time, they might have found a way to improve immunity in older adults. 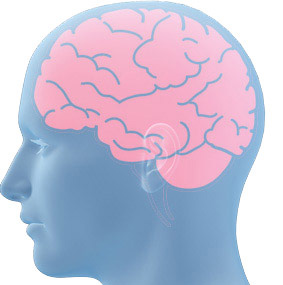