News & Events
January 11, 2018
Train your brain to improve your hearing in noisy places

[hear-it.org] It can be hard for people with hearing loss to follow conversations in noisy places such as restaurants or at meetings even if they use hearing aids. But training your brain can help to get more out of the hearing aids, study finds.

An American study has found that elderly people with hearing loss can triple their understanding of words in noisy situations by training with a custom audiomonitor game.

How to train your brain

The brain-training audiogame is designed to improve the players’ ability to follow conversations. The game challenges the players to monitor subtle deviations between predicted and actual auditory feedback as they move their fingertip through a virtual soundscape.

All participants spend 3.5 hours per week for eight weeks playing the brain-training game. The participants were on average 70-years-old. All of them had mild to severe hearing loss and had worn hearing aids for an average of seven years.

After playing the game, the participants correctly made out 25% more words in the presence of high levels of background noise. The audiomonitor training resulted in more than three times the benefit of the subject’s hearing aids for speech processing in noisy listening situations, the study found. This means that the participants were better able to filter out noise and distinguish between a target speaker and background distractions, according to researcher Daniel Polley, Massachusetts Eye and Ear and Harvard Medical School in the US.

“These findings underscore that understanding speech in noisy listening conditions is a whole brain activity, and is not strictly governed by the ear,” said Daniel Polley.

Therefore, it may not be just your ears that result in hearing problems in noisy places, but actually, it is also your brain, the study states.

The study consisted of 24 elderly people, who were randomly divided into two groups. One group played the brain-training game and the other group was a placebo control group playing a game that challenged players’ auditory working memory and was not expected to help with speech intelligibility. 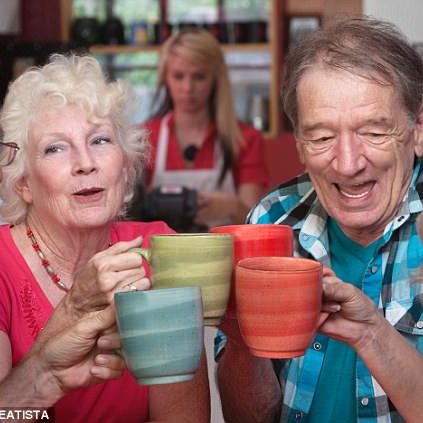