For the first time, signals relating to the constant ringing noise of tinnitus have been mapped across the brain of a patient undergoing surgery

In this rare case, a man with tinnitus was being monitored to trace his epileptic seizures, with 164 electrodes placed directly onto his brain.
Researchers compared brain activity when his tinnitus was loud, with periods when it was quiet.
They spotted differences spread over a surprisingly wide set of brain areas.
The study appears in the journal Current Biology.
Tinnitus, the constant presence of phantom sounds, affects around 10% of adults in the UK; for 1% it is severe enough to affect their quality of life. Often it takes the form of a ringing sound, but it can be anything from a roar to a hiss.
In many cases it begins with partial hearing loss, sometimes due to loud noise wearing out the hair cells that convert sound waves into neural signals, inside the inner ear. The brain adjusts to that loss of input by boosting certain types of activity, creating the impression of a noise that nobody else can hear.

Precious opportunity
Previous efforts to pinpoint those changes within the brain have used scanning techniques (such as fMRI), which are much less precise than the electrodes used in the new study. Others have used models of tinnitus in laboratory animals.
Only one other team has recorded directly from inside the brain of a human tinnitus sufferer; that study was part of an effort to treat tinnitus itself with surgery, and involved just four electrodes.
These much more extensive recordings were a fortunate coincidence.
“It is such a rarity that a person requiring invasive electrode monitoring for epilepsy also has tinnitus, that we aim to study every such person if they are willing,” said Dr Phillip Gander, from the University of Iowa in the US.
The patient concerned was a 50-year-old man with intractable epilepsy. To try and find the source of his seizures, electrodes were implanted across his left hemisphere for two weeks, ahead of surgery to try and eliminate them.
brain recordings illustration
Coloured circles show where the strength of various different rhythms of brain activity correlated with the strength of the tinnitus the patient was hearing
At the heart of the study is a method for manipulating tinnitus, called “residual inhibition”. On 60 occasions over the course of two days, researchers played their subject a 30-second burst of noise on headphones. About half the time, the man’s tinnitus – in his case a constant, high-pitched ringing – was quiet in the period immediately following the noise.
“Once we had that contrast between the normal tinnitus and the suppressed tinnitus trials… we could compare the brain activity between those two states,” said co-author William Sedley, a doctor and neuroscientist at Newcastle University. This comparison revealed traces of the tinnitus within the man’s brain.
Specifically, the researchers mapped out particular “oscillations” – rhythmic brain waves caused by many neurons firing in synchrony – that were linked to the tinnitus.
“Rather than just a small area of auditory cortex… we found that these correlates of tinnitus were present throughout a huge proportion of the brain areas we sampled,” Dr Sedley told BBC News.

Revising strategies
Some earlier work has also suggested that a widespread network is involved in tinnitus, including brain areas outside those “auditory” sections that we know are involved in hearing. But this is the first time the abnormal activity of that network has been plotted in such detail.
The scientists emphasised that this is only one tinnitus patient, and the condition can vary.
“It would be nice to get a few more cases as they come along, if they do, to try and compare them and see commonalities and differences,” Dr Sedley explained.
But the confirmation of a broad pattern of underlying brain activity is important, he said.
“A number of models – and therefore treatment approaches – have aimed to pinpoint a particular part of the auditory cortex, that relates to the frequency being heard, either by targeting it physically in the brain, or with sounds at that frequency.
“But our results suggest that… it’s a much wider part of the auditory cortex, and the brain, that’s implicated in tinnitus, So these strategies might have to be revised or reconsidered a bit.”

Hair cells in the ear
Tinnitus often begins with hearing loss, caused by damage to hair cells in the inner ear
Prof Andrew King, an auditory neuroscientist at Oxford University, said the results were a “huge step up” in terms of tracing the detailed underpinnings of tinnitus, particularly compared to brain imaging. But like the authors, he emphasised that this is a single case study and that tinnitus is “highly variable” between individuals.
“There are a lot of animal studies which look at what happens to individual neurons… but human work has largely been limited to fMRI,” he said.
“So this provides a step in between. It provides much higher resolution information about the changes that take place in the brain – albeit of this one individual – whilst tinnitus is being perceived.”
Prof King agreed that the findings were a striking confirmation of the idea that tinnitus is not a simple product of changes within the hearing pathway.
“In order to reach the level of conscious perception, there are other areas involved,” he said. 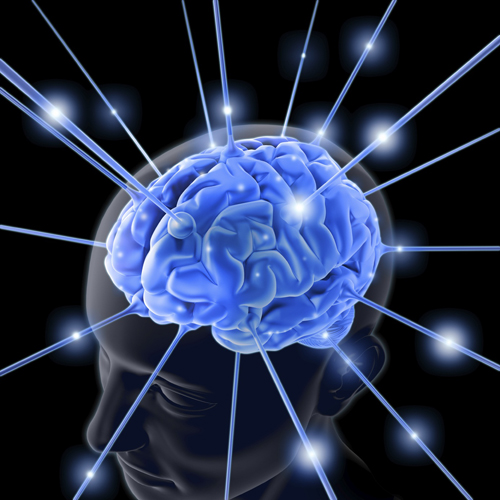