Hearing loss accelerates cognitive decline in elderly adults, but the use of hearing aids counters this acceleration. A new scientific longitudinal study shows that those who use hearing aids have about the same cognitive level as those with no hearing loss (Source: www.hear-it.org)

Self-reported hearing loss is associated with accelerated cognitive decline in elderly adults, according to an extensive 25 year long scientific French study. The study also documents that the use of hearing aids almost eliminates this cognitive decline.

Important to address the problem

“Taken together, these results underline the importance of addressing the problem of under diagnosis and under treatment of hearing loss in elderly adults”, the study states.

The study also states that “hearing rehabilitative treatment is complex and does not simply consist of using a hearing aid.”

Facts about the study

PAQUID is an extensive French study among 3,670 randomly selected individuals aged 65 and older. The study began in 1989-1990 and the participants have been evaluated regularly for 25 years. The study has been led by Professor Hélène Amieva, Université Victor Segalen Bordeaux 2, in France.

In the study, the participants made self reported statements about their hearing loss. Cognitive decline was measured by using a so-called Mini-Mental State Examination (MMSE). The strength of the study is the very long period in which people have been followed and measured and the number of participants. The study has been published in Journal of the American Geriatrics Society.

“At Hear-it we are profoundly grateful to Professor Hélène Amieva  for having documented, what we have known for decades, but not been able to prove scientifically: That hearing aids help the hard of hearing stay cognitively and mentally fit”, says Secretary General Kim Ruberg, Hear-it AISBL.

“We know from many other scientific surveys that the use of professional hearing solutions helps hard of hearing people live better lives, participate in social activities, keep a job and in general gives them  a higher quality of life. All this helps the hard of hearing to better health, better social functions and therefore better mental health. Now Professor Hélène Amieva has documented that untreated hearing loss is associated with cognitive decline and that those who use hearing aids have about the same cognitive level as those with no hearing loss”, says Kim Ruberg.

Surveys from Europe show that most hearing aid users experience increased quality of life. The surveys also found that people who use hearing aids tend to be less depressed, less exhausted in the evenings and that they sleep better than non-users. Read more

A scientific review of a large number of surveys shows that the use of hearing aids causes significant improvement in the quality of life of hearing impaired people. Read more

More on hearing loss and cognition

Which hearing aid is best for me?

The best hearing aid for you should compensate for your personal hearing loss. They should do this to the best possible level and it should feel comfortable and natural to use them. Read more

One-in-nine Europeans say they have a hearing loss. Read more

More than 10% of all adult Americans have difficulty hearing. Read more 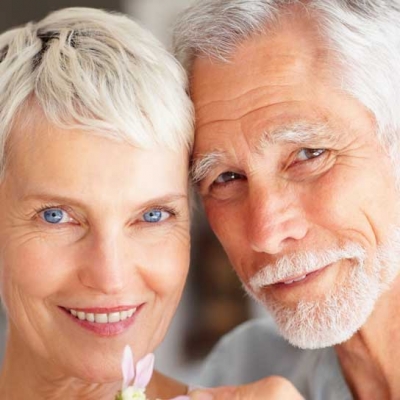