News & Events
July 12, 2017
The next EU science fund should be doubled in size – Pascal Lamy

The next EU research funding programme should be doubled in size to help fix Europe’s growth problems, according to former World Trade Organization chief Pascal Lamy, who is chairing a group of experts selected by the European Commission to analyse which changes to make after the current programme expires in 2020.

Now that you have published your report, what would you like to see as the top priorities for the next framework programme?

‘Our mandate was not about the budget allocation game. But we are making the case for a much more resourceful programme. Our proposal is to double ‘FP9’ from the current EUR 77 billion programme known as Horizon 2020. EUR 120 billion would be a bare minimum for the next programme. This is a big increase, but I believe it’s necessary with where the world is going.

‘It is a well-known fact that we must invest more in R&I (research and innovation) because we are moving to an economy that is more and more dematerialised where brain juice and talent will be the main resource. That is something we know, but we have a problem with speed because other countries like the US, China, Japan and Korea are investing more than we do. We have to catch up.’

Horizon 2020 was already the EU’s biggest research programme ever. What things should change?

‘We need to pay more attention to the gap we have in Europe between what we produce in science and what we produce in innovation (new products and services). This is nothing new, we’ve been saying it for quite a bit of time, but we are pretty clear that in the future we definitely need to close this gap. It’s been there too long, it’s too large and it’s too much of a drag on future European growth so a big effort must be made. Not only in turning money into science, but in turning science into money.’

There is also a big research gap between Western and Eastern Europe, how can we close that?

‘A number of the newer EU members have not reached the scientific capacity of older members. That’s something Horizon 2020 has been working on, devoting part of research funds on increasing capacity in some countries, while part of the ESIF (European Structural and Investment Funds) supports building up science and innovation excellence.

‘We need more efforts on both sides. I would recommend that this articulation is improved because having researchers doing something on one side, and regions doing things on the other, doesn’t automatically fit and so sometimes they don’t work alongside each other. We listened to Commissioners Creţu (Regional Policy), Katainen (Jobs, Growth, Investment and Competitiveness), Šefčovič (Energy Union) and Vestager (Competition), because these policies can work better together and contribute more to beefing up science and innovation capacity in many regions.’

Now the report is published, what happens next?

‘We enter a period where there will be a wider public debate on what to do with the next framework programme. This will be triggered by our report and by the discussion in 2018 about the next MFF (multi-annual financial framework, the overall EU budget). The proportion of resources which are needed will be part of the next financial priorities of the EU.’

How optimistic are you that recommendations of the group you are chairing, known as the High Level Group (HLG), will be implemented into the next R&I fund?

‘This is a very political exercise. We have been asked to contribute as experts. It’s now up to a public debate between democratically legitimised institutions – the European Council, Parliament and Commission.

‘What I know is that we have structured our jobs so that our work does not stop today, when we will disclose the findings of our report at a big conference organised by DG RTD (Directorate-General for Research and Innovation) in Brussels (Belgium). We will remain involved in moving our recommendations forward. The variety and diversity of the HLG, where you have people coming from all horizons of the research and innovation ecosystem, is an asset in order to address this.

‘We all know we have a growth problem which fuels a number of social problems. We need more growth and given where we are with demographics, which is a shrinking population, the only way to get more growth is with more R&I, it’s as simple as that.’ 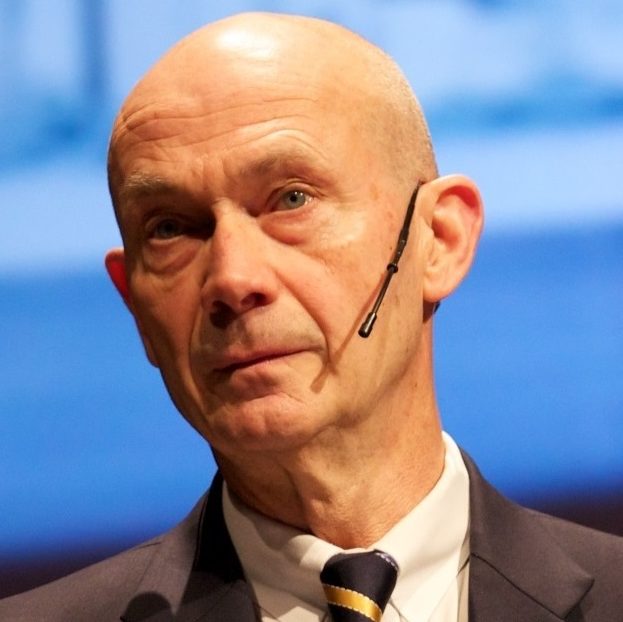