News & Events
January 8, 2018
The expression of oxidative stress response genes is modulated by a combination of resveratrol and N-acetylcysteine to ameliorate ototoxicity in the rat cochlea

Aminoglycoside antibiotics are used widely in medicine despite their ototoxic side-effects. Oxidative stress and inflammation are key mechanisms determining the extent and severity of the damage. Here we evaluate the protective effect of a treatment with resveratrol plus N-acetylcysteine on the ototoxic actions of kanamycin and furosemide in the rat. Resveratrol (10 mg/kg) and N-acetylcysteine (400 mg/kg) were administered together to Wistar rats on 5 consecutive days. The second day, a concentrated solution of kanamycin and furosemide was placed on the round window to induce ototoxicity. Hearing was assessed by recording auditory brainstem responses before and 5, 16 and 23 days after the beginning of the treatment. Cochlear samples were taken at day 5 (end of the treatment) and at day 23, and targeted PCR arrays or RT-qPCR were performed to analyze oxidative balance and inflammation related genes, respectively. In addition, the cytoarchitecture and the presence of apoptosis, oxidative stress and inflammation markers were evaluated in cochlear sections. Results indicate that administration of resveratrol plus N-acetylcysteine reduced the threshold shifts induced by ototoxic drugs at high frequencies (≈10 dB), although this protective effect fades after the cessation of the treatment. Gene expression analysis showed that the treatment modulated the expression of genes involved in the cellular oxidative (Gpx1, Sod1, Ccs and Noxa1) and inflammatory (Il1b, Il4, Mpo and Ncf) responses to injury. Thus, co-administration of resveratrol and NAC, routinely used individually in patients, could reduce the ototoxic secondary effects of aminoglycosides. 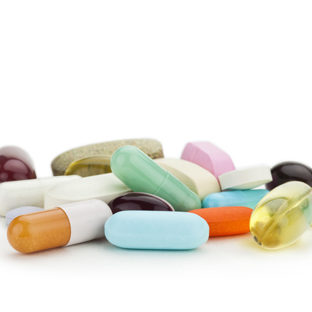