Almost half of American teenagers show symptoms of hearing loss after listening to loud music or using loud power tools without hearing protection. This is shown in a study conducted by ReRez Research of Dallas, Texas in the US.

Teenagers are aware of the danger
The study was based on the experiences of 500 teenagers aged 13-19. The results show that 46% of the teenagers reported experiencing ringing or pain in their ears after engaging in activities with a high level of noise. One-in-six of the teenagers experienced the symptoms often or all of the time.

The researchers also found that the high levels of hearing loss symptoms are not caused by unawareness, since 88% of the teenagers were aware of the risks but did not take action to reduce them. When the teenagers were asked what their parents would do if they knew their teens were listening to too loud music, 78% of the teens answered that they would be asked to lower the volume.

Hearing care professionals are concerned for the increased potential of hearing loss in teenagers because of their frequent use of earphones attached to smartphones. The good news is that the risks are easily preventable by using headphones instead of ear buds and standing in the middle of a club or concert instead of close to the loudspeakers.

The study was conducted by ReRez Research of Dallas, Texas for Siemens Hearing Instruments. 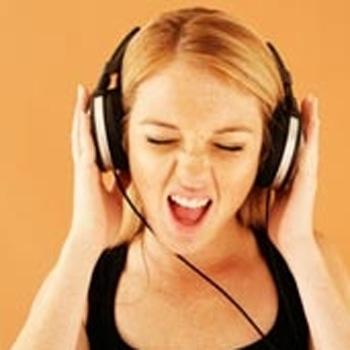