Exposure to noise is known to cause hidden hearing loss. This happens when synapses connecting hair cells with the neurons in the inner ear are lost and, consequently, the nerve cells’ ability to send information to the brain is reduced.

Recently, a second cause has been identified, namely myelin disruption. The cause has been identified by Corfas & Wan, researchers from the University of Michigan in the US, who discovered that disruption in the Schwann cells, which make myelin, leads to hidden hearing loss. Myelin is a substance that insulates the neuronal axons in the ear and it is essential for the proper functioning of the nervous system.

The findings reveal that hidden hearing loss can be behind auditory deficits seen in acute demyelinating disorders such as Guillain-Barré syndrome.

Short-term demyelinating may have long-term consequences

Corfas & Wan used genetic tools to induce loss of myelin in the auditory nerve of mice, modeling Guillain-Barré. Although the myelin regenerated in a few weeks, the mice developed a permanent hidden hearing loss. Thus, the study highlights the long-term consequences of temporary Schwann cell loss on hearing. 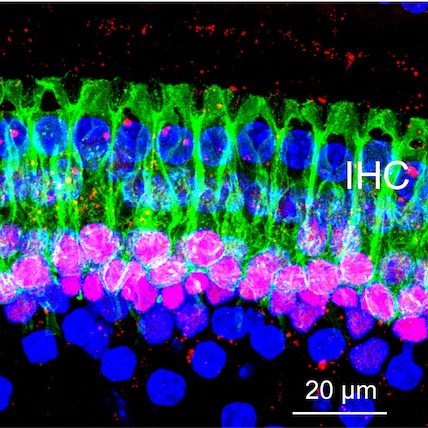