U-M-led team shows key role of protein called NT3 in ear-to-brain communication, and as a target for future treatments

Scientists have restored the hearing of mice partly deafened by noise, using advanced tools to boost the production of a key protein in their ears.

By demonstrating the importance of the protein, called NT3, in maintaining communication between the ears and brain, these new findings pave the way for research in humans that could improve treatment of hearing loss caused by noise exposure and normal aging.

In a new paper in the online journal eLife, the team from the University of Michigan Medical School and Harvard University report the results of their work to understand NT3’s role in the inner ear, and the impact of increased NT3 production on hearing after a noise exposure. 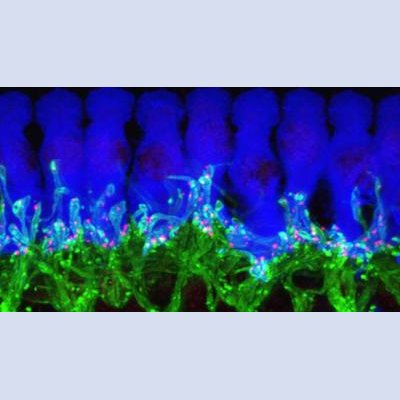