[ActionOnHearingLoss] Although there are practical steps people can take to manage their tinnitus, there are currently no medicines on the market specifically approved to treat tinnitus. Tracey Pollard, from the Biomedical Research team of Action On Hearing Loss, updates us on progress in tinnitus research and how this knowledge is being used to develop new treatments.

To develop effective treatments for tinnitus, it is important to understand the biological changes that trigger it, maintain it, and ultimately cause it to become chronic. Once these changes have been identified, scientists can then design medicines to prevent or reverse them. If the science behind a treatment matches the science underlying the tinnitus then, in theory, this should give a new medicine the best chance of being an effective treatment or cure, and reduce the possibility of unwanted side-effects. This is why one of our main research priorities is to understand the biological causes of tinnitus and to use this knowledge to develop new treatments.

We’ve been funding research into tinnitus since the year 2000. Since then, our research has helped to uncover more about the biology of tinnitus, its causes and the processes underlying it.

We funded a study at the Massachusetts Eye and Ear Infirmary in Boston, which used an imaging technique called functional magnetic resonance imaging (fMRI) to visualise brain activity in people with and without tinnitus. The results showed that tinnitus is associated with increased activity in a part of the brain called the inferior colliculus. This is part of the central auditory system (the ‘hearing brain’) – it is involved in processing sound information, so its involvement in tinnitus is not unexpected.

A later study at University College London investigated how auditory signals are processed within the brain. This research showed that the inferior colliculus, previously shown to be involved in tinnitus, adjusts its sensitivity to sound in response to the strength of signals from the ear.

In people with tinnitus, the ‘volume’ has been turned up, and hence their sensitivity to sound is increased. This could explain why people with tinnitus hear sound that isn’t there – it’s like the static you hear on a stereo when the volume is turned right up, but there’s no music playing.

To explore how damage to the cochlea causes tinnitus-related brain activity, we funded research at the University of Western Australia. Using an animal model, the researchers showed that noise trauma does indeed lead to hyperactivity within the auditory system, including the inferior colliculus. Moreover, they were able to show that this hyperactivity correlated with tinnitus-like behaviour.

The research we supported in Australia also looked at the effect of blocking signals from the cochlea within six weeks of noise trauma, using a test drug called furosemide. It showed that furosemide reduced the tinnitus-related hyperactivity and, crucially, the animals no longer displayed any behavioural signs of tinnitus. They also found that blocking signals from the cochlea after a longer time period had elapsed had no effect. This suggests that there are two stages to the development of tinnitus, an initial phase that is dependent on signalling to the brain from the cochlea, and a second phase, where tinnitus becomes fully established within the central auditory system.

It is very encouraging to see that biotechnology companies are increasingly making use of the improved knowledge of the biological basis of tinnitus to develop new medicines.

Auris Medical, a Swiss biotech company, is developing a drug that aims to prevent the early stages of tinnitus and stop it from becoming established, by blocking the damaging signals from the inner ear following trauma, like loud noise. The drug is currently undergoing clinical trial testing to see how effective it is at treating tinnitus in people. Initial results from these trials were publicised last year – find out more in our blog.

Another biotech company, Otonomy, has begun testing its new drug, OTO-311, for early stage tinnitus. Because this is the first time OTO-311 has been given to people (a ‘Phase 1’ clinical trial), this study will be carried out in healthy volunteers first so that researchers can be sure that the treatment is safe. Throughout 2016, they have been testing different doses of OTO-311 and this is continuing into 2017. If all goes well, the company hopes to begin testing in people with tinnitus in the second half of the year.

RESEARCH IS STILL NEEDED, AND IS STILL GOING ON

Research so far has shown us that the biology of tinnitus is complex and involves the cells of the inner ear and different regions of the brain, meaning that finding a single medicine for all types of tinnitus will be very difficult. That is why researchers and companies are looking for a range of different treatment approaches, and we are continuing to support research to help further our knowledge for the development of new treatments.

We are supporting a project led by the University of Newcastle to speed up the development of new tinnitus treatments. The search for new medicines is being slowed down because it is very hard to know if the effects of potential new treatments seen in animal studies are relevant to tinnitus in people. The project aims to develop an objective measure of tinnitus that can be used in animal and clinical studies, making it easier to identify new, effective treatments in animals that should have the same effect in people. This will speed up and greatly improve how tinnitus clinical trials are carried out.

From this year, we’re also funding research at Johns Hopkins University in the US, to investigate in more detail the link between stress and tinnitus. It’s known that stress can have a big impact on someone’s tinnitus, but so far, we don’t know what biological processes underlie this. The new research will investigate the impact of stress on the development of tinnitus, looking for changes in the underlying biology that account for this. The researchers will also test, in an animal model, a drug that could be useful in helping people whose tinnitus is made worse by stress – by reducing the impact it has. 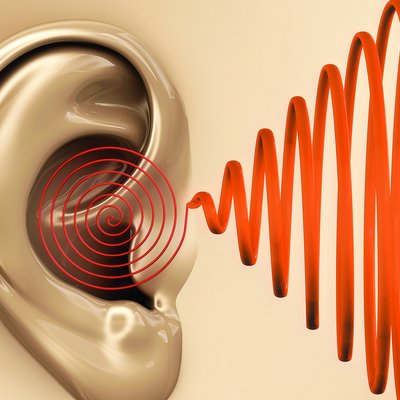