Mat Gilbert is playing for the professional English rugby union club Worcester Rugby Football Club. He wants to inspire other hearing impaired people not to let their hearing loss stop them from following their dreams.

According to SL First Magazine, Mat Gilbert was diagnosed with bilateral hearing loss when he was five years old. This means that some of the hair cells in the inner ear that help the cochlear nerve pick up sound are missing. He now lives with a hearing loss of over 100dB.

Playing rugby is possible
In spite of this, he started his rugby career at the age of seven when he started at a new school. The game came naturally to him and he never experienced that his hearing impairment affected his performance, SL First Magazine writes.

After going to a college with a rugby academy, Mat Gilbert has played in different professional clubs and his hearing loss never stopped him. He wears hearing aids when he plays:

“I wouldn’t survive without any hearing so I wear a scrum cap and I add a bit of tape to them to keep the tubing together and to add a bit of waterproofing on a wet day,” he explains to SL First Magazine.

“I’m fortunate to be almost in a position of power and able to be a role model for those who strive to achieve and I can pass on my knowledge and my experiences and hopefully it can benefit the younger generation,” he tells SL Magazine. 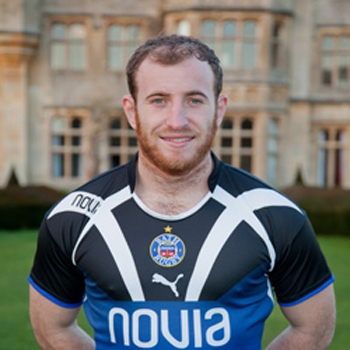