The Partners
UNIFI
The University of Florence (UNIFI) is a qualified organization for research and higher education in Italy.

For quite a long time the research team led by Paola Bruni has been devoted to the study of S1P action in skeletal muscle, utilizing as experimental model murine C2C12 cells. After the initial characterization of the main signalling pathways triggered by S1P, the biological role exerted by S1P was addressed. In this regard S1P was found capable of regulating deeply C2C12 cell myogenesis, exerting an inhibitory action on serum-induced myoblast proliferation and acting as a powerful pro-differentiating agent through S1P2 receptor engagement. Successively we demonstrated that also endogenous S1P metabolism is physiologically important for skeletal muscle cell biology: sphingosine kinase-1 (SK1), the enzyme that produces S1P, is involved in cell growth arrest of confluent myoblasts and their differentiation into myotubes.

More recently we have been studying the impact of SK/S1P signalling pathway in the biological response elicited by cytokines and growth factors physiologically implicated in skeletal muscle repair, with the aim of identifying among the S1P regulators/effectors new druggable molecular targets for the improvement of skeletal muscle repair in degenerative diseases and muscular traumas. In this regard we have shown that TGFβ1,simultaneously up-regulates SK1 and profoundly modifies S1P receptor expression in mouse myoblasts. Importantly, S1P3, appears to be critically implicated in the transdifferentiation of myoblasts into myofibroblasts. These results represent the first experimental evidence that induction of SK1/S1P3 axis, is exploited by TGFβ1 to carry on cell transdifferentiation, thus opening new perspectives for pharmacological treatment of skeletal muscle fibrosis.

Another important field of study in our laboratory entails the biological role exerted by S1P in progenitor cells. In particular, we have devoted our attention to mesoangioblasts, which are aorta-derived progenitor cells capable of differentiating in various mesodermal tissues and presently under clinical trial for cell therapy of muscular dystrophy. We showed that S1P act as full mitogen in these cells and exerts also a significant anti-apoptotic action supporting the view that modulation of S1P-dependent signaling pathways may be used to improve the efficiency of muscle repair by these cells. Moreover, we have recently demonstrated that the anti-apoptotic effect exerted by TGFbeta in mesoangioblasts takes place via regulation of SK1, reinforcing the notion that SK/S1P plays a primary role in survival of these cells. 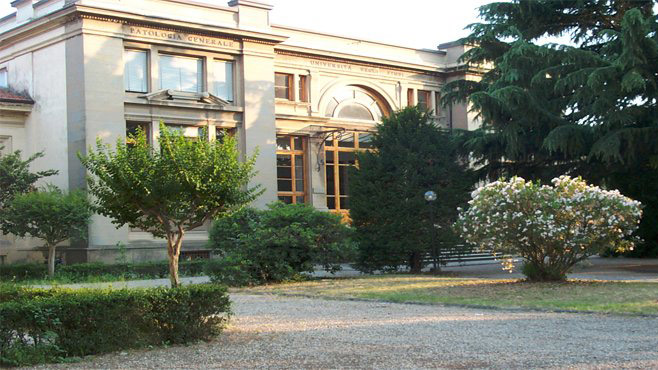