[hear-it.org] Large Dutch study confirms that around 30% of all seniors have an age-related hearing loss.

When people reach their 60s and 70s, hearing loss becomes more and more prevalent. Among 30% of all in this age range are said to have a hearing loss.

A Dutch study, the Rotterdam Study, among 4,743 persons aged 50 and older now confirms these figures.

The study found that among the participants above the age of 65 the prevalence of hearing loss higher than 35 dB was 30%. The prevalence among men was 33% and for women the prevalence was almost 29%.

The researchers found that in comparison to older large-cohort studies on age-related hearing loss women in this study had significantly worse hearing in this newer study. The researchers suggest that this may be explained by the fact that women today have a more similar lifestyle to men than earlier.

An American study among adults aged 65 or older investigated hearing loss associations with common medical conditions. They found that hearing loss was independently associated with conditions such as arthritis, cardiovascular disease, diabetes and high blood pressure.

In the study, compared to those with no hearing loss, people with hearing loss were e.g. more likely to be male, white, have another disability than hearing loss and to smoke.

The Rotterdam study was made between 2011 and 2015. The article “Prevalence of Age-related Hearing Loss, Including Sex Differences in Older Adults in a Large Cohort Study” was published in the Laryngoscope in March 2017.

The American study was based on data from The National Health Interview Survey (NHIS) between 2011 and 2013 and consisted of data based on more than 53,000 persons. The study “Hearing loss and associated medical conditions among individuals 65 years and older” was published in Disability and Health Journal in June 2017.

Sources: The Laryngoscope and Disability and Health Journal 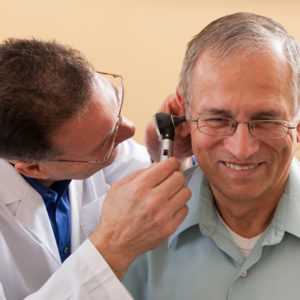