The major culprits of hearing loss among young Dutch people are listening to loud music on headphones and when going out (Source: www.hear-it.org)

One in four young Dutch people between the ages of 12 and 25 suffer from hearing loss, a study finds.

According to the study, the main culprit is exposure to loud music while going out or listening to portable music players.

The study was carried out by researchers from the Amsterdam Medical Center (AMC) in the Netherlands and was based on the results of online self-tests.

Online hearing test
Between 2010 and 2014, more than 300,000 people took these online hearing tests, which involved listening to a few simple words with varying levels of background noise. The test measures how much you can hear in a noisy environment. Finding it difficult to understand people while there is background noise may be one of the first signs of hearing loss.

The number of young people achieving bad scores in these tests have remained relatively stable in recent years. According to the National Hearing Foundation in the Netherlands, these figures indicate “a structural and substantial health problem”.

Hearing damage is caused by long or regular exposure to loud sounds.

Loud music on headphones
Major culprits are listening to loud music on headphones and when going out. An MP3 player at maximum level can produce sounds of up to 105dB and the noise levels in clubs and bars are often between 104 and 112dB. The guidelines from the World Health Organization state that people should not be exposed to sounds at that level for more than 4 minutes a day.

The National Hearing Foundation has been saying for some time that politicians should pay more attention to hearing damage.

“Hearing loss has a life-long impact on the welfare, educational attainment and employment prospects of young people,” according to director Laura van Deelen.

“We really need a national action plan against hearing damage,” she said. 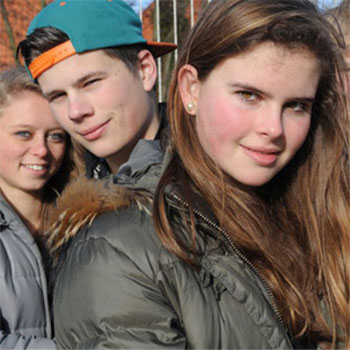