Their imaging technique allows zooming in and out on views of brain activity within mice, and it enabled the team to watch brain cells light up as mice “called” to each other.

In the past, researchers often studied sound processing in various animal brains by poking tiny electrodes into the auditory cortex, the part of the brain that processes sound. They then played tones and observed the response of nearby neurons, laboriously repeating the process over a gridlike pattern to figure out where the active neurons were. The neurons seemed to be laid out in neatly organized bands, each responding to a different tone. 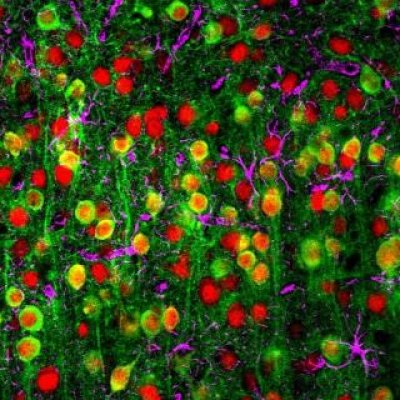