News & Events
May 3, 2016
New insights into the understanding of tinnitus

A global research team provides new knowledge about how tinnitus and hyperacusis might develop and be sustained
(Via:www.hear-it.org).

The causes of tinnitus are still largely unknown. But now experts from the University of Buffalo, US, Southeast University in Nanjing, China, and Dalhousie University in Nova Scotia, Canada, have presented a new insight into the understanding of tinnitus which might in the future lead to improved treatment.

How tinnitus develops
The study provides new knowledge about how tinnitus and the often co-occurring hyperacusis, a condition which causes sounds to be perceived as intolerably loud, might develop and be sustained.

The results of the study suggest that the neural network responsible is more expansive than previously thought. It is hoped that the results could lead to a testable model which helps to identify what region or regions of the brain might be responsible for causing tinnitus and hyperacusis.

Tracing the network
Exactly where and how tinnitus occurs in the brain is not known yet. But Richard Salvi, one of the study authors and director of University of Buffalo’s Center for Hearing and Deafness, says their functional MRI studies show the abnormal activity underlying tinnitus and hyperacusis isn’t confined to a specific region of the brain, but actually involves a neural network.

By tracing the network, Richard Salvi and the other investigators identified a major hub within the central auditory pathway, which processes sound.

“Other research has shown this activity, but what is novel about the current study is the amygdala pops up. This is the part of the brain that assigns emotion to our perceptions. Many patients report the onset of tinnitus after experiencing significant stress or anxiety. We think it’s not just the hearing loss that’s essential. There are other emotional factors working together with the auditory factors”, says Richard Salvi.

The study was published in eLife – an American scientific journal for the biomedical and life sciences.
Source:www.buffalo.edu/ 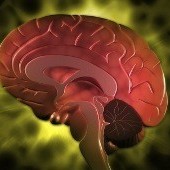