The simple use of nasal balloons can help children with otitis media and the condition “glue ear” and can at the same time eliminate the excessive use and cost of antibiotics (Source: www.hear-it.org)

Many children are diagnosed with otitis media and/or the condition “glue ear”. A research team has found that the use of inexpensive nasal balloons to treat these conditions can eliminate the excessive use and cost of ineffective antibiotics.

Otitis media and “glue ear” can both result in hearing loss.

“We have found the use of autoinflation in young, school-aged children with otitis media with effusions to be feasible, safe and effective in clearing effusions, and improving important ear symptoms, concerns, and related quality of live over a three-month watch-and-wait period”, the study authors concluded in the study.

Otitis Media
Otitis media is an inflamation of the middle ear and can occur in either one or both ears at the same time. If a child contracts otitis media often or if the condition is not treated, it can cause permanent damage to the child’s hearing resulting in reduced hearing or deafness.

Glue ear
Glue ear occurs when the middle ear fills with a sticky, glue-like fluid instead of air. This fluid can accumulate behind the eardrum and thereby dampens the vibrations made by sound waves as they travel through the ear. If the condition is not treated properly it can lead to permanent ear damage and even in a loss of hearing in children. 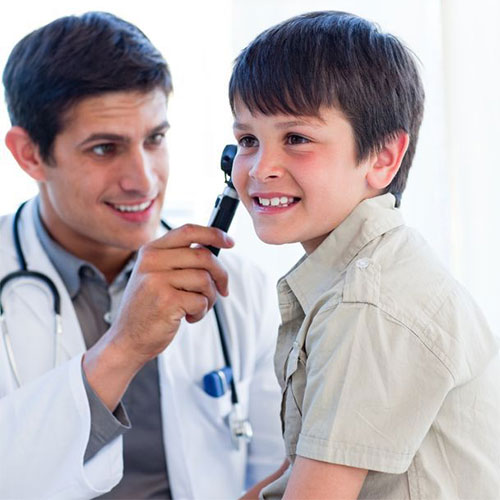