Data from large British, Taiwanese and German scientific studies and a comprehensive report on dementia show that there is a relationship between untreated hearing loss and dementia. One of the studies supports earlier scientific findings that treating hearing loss with hearing aids reduces cognitive decline, and helps to keep the hard of hearing person mentally fit.

Why is there a relationship between hearing loss and dementia? These scientific studies do not provide an answer. There is as yet no scientifically proven causal relationship between hearing loss and cognitive decline and an explanation of which causes which. It is however assumed by many researchers that the reduced audiological input, as a result of a hearing loss, may increase the risk of developing dementia. Hearing loss may also result in increased social isolation, which again might increase the risk of developing dementia. Furthermore, the combination of reduced audiological input and social isolation may be an explanation.

The English study “Hearing Impairment and Incident Dementia: Findings from the English Longitudinal Study of Ageing” was published in The Journal of the American Geriatrics Society in 2017

The Taiwanese study “Age-related hearing loss and dementia: a 10-year national population based study” was published in European Archives of Oto-Rhino-Laryngology in 2017.

The German study “Hearing Impairment Affects Dementia Incidence. An Analysis Based on Longitudinal Health Claims Data in Germany” was published in the journal PLOS One in 2016.

Sources:
The Journal of the American Geriatrics Society, European Archives of Oto-Rhino-Laryngology, PLOS One and the Lancet

Why is there a link between hearing loss and dementia?

The use of hearing aids reduces cognitive decline 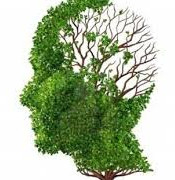