Measles is a highly-contagious, viral disease that mostly affects children. The disease can cause serious complications – including hearing loss

According to the Center for Disease Control and Prevention (CDC) in the U.S., about 30 % of all individuals affected with measles frequently suffer from ear infections and/or pneumonia, which is an infection of the lungs that in the most serious cases can cause death in young children.

CDC outlines that ear infections occur in about 1 in 10 measles cases and the consequences can for some be permanent hearing loss. Hearing problems occur because the nerves of the brain are damaged as a result of encephalitis – a condition in which swelling of the brain occurs.

Measles can also lead to deafness. However, unlike rubella, which is another virus infection, measles does not cause congenital deafness.

Children are vulnerable
Measles is transmitted via droplets from the nose, mouth or throat of infected persons. The disease can be serious in all age groups but children younger than 5 years and people older than 20 years are more likely to suffer from measles.

The most common symptoms include a rash starting on the face and upper neck, high fever, a runny nose and tiny white spots inside the mouth.

Get vaccinated
Measles can be prevented readily by vaccination. The World Health Organization (WHO) recommends a routine measles vaccination for all children. A vaccination against measles is vital so as to avoid the related diseases – including hearing loss.

While measles outbreaks have decreased worldwide in recent years, measles is still common in many developing countries – particularly in parts of Africa and Asia, according to WHO. 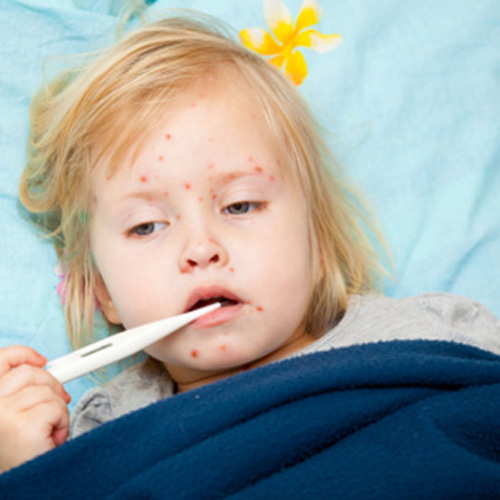