News & Events
December 5, 2017
Many British seniors affected by hearing loss in the workplace

[hear-it.org] Six out of ten working adults aged 55 or older in the UK say that their hearing has deteriorated. This hearing loss affects their work and relations to colleagues in many ways, a survey reveals.

A survey made by the English marketing research company OnePoll among 800 working adults in the UK, age 55 plus, looked at the impact of hearing loss in the workplace.

Six out of ten people in the survey have noticed that their hearing has deteriorated and say that it is affecting their ability to do their job properly.

Four out of ten in the survey say that their confidence had dropped as a result of the hearing problems. Feeling less productive and marginalized amongst colleagues were other key anxieties.

More than half of those polled said having to ask colleagues to repeat themselves was one of the first signs that their hearing wasn’t what it used to be. For four out of ten, having to concentrate much harder to follow conversations and increasing the volume on laptops and phones were early indicators.

Over half of the respondents cited general background noise and colleagues not talking clearly as the two most challenging listening scenarios.

Almost half of respondents ask workplace peers to speak louder and to say things again. Three out of ten said they chose meeting positions wisely and a fifth relied on lip reading to see them through their working day.

Keep their hearing loss to themselves

For more than half of the respondents, concern that their employer would not be supportive was a reason to keep their hearing loss to themselves. A similar number also said they would be unlikely to confide in colleagues. 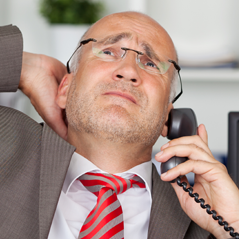