News & Events
May 19, 2015
Lung cancer stem cell therapy to be trialled in UK

Trial will involve 56 patients with metastatic lung cancer who will undergo treatment using genetically modified bone marrow stem cells, a novel approach in the use of stem cells

British patients will be the first in the world to receive a pioneering cell therapy that scientists hope will transform the treatment of lung cancer.

The treatment uses stem cells taken from bone marrow that have been genetically modified to find and destroy cancer cells.

If successful, the treatment would offer hope to lung cancer patients, who continue to face one of the worst outlooks of all cancer patients. More than 40,000 people are diagnosed with the disease in the UK each year and only 5% of patients survive beyond 10 years.

Prof Sam Janes, who is leading the research at University College hospital in London, said: “Cancers need something new. Chemotherapy works minimally and for a short while. This is truly experimental.”

The trial, funded by the Medical Research Council, comes as a wave of cell-based therapies are making their way towards clinic. Early indications suggest these therapies could have a major impact on cure rates and survival times for patients.

Two patient studies involving genetically modified immune cells in the US and Britain have shown promising results in leukaemia.

The latest trial will involve 56 participants, who will begin treatment early next year. The group will all have been diagnosed with metastatic lung cancer, at which point patients are normally only offered palliative care or treatments expected to extend life by a few months.

The therapy works by modifying donor bone marrow stem cells to activate an anti-cancer gene called Trail that normally works in immune cells. The modified cells are strongly attracted to tumours and when they bind to them they trigger a “suicide pathway” in cancer cells.

The treatment has been shown to completely eliminate or significantly reduce tumours in mice, but until now it has not been tested in human patients.

An advantage is that the cells do not have to be closely matched to a person’s tissue type or genetic profile – they are simply taken from existing bone marrow supplies.

“This will be the first cell therapy for lung cancer and the biggest manufacturing of cells of its kind,” said Janes. 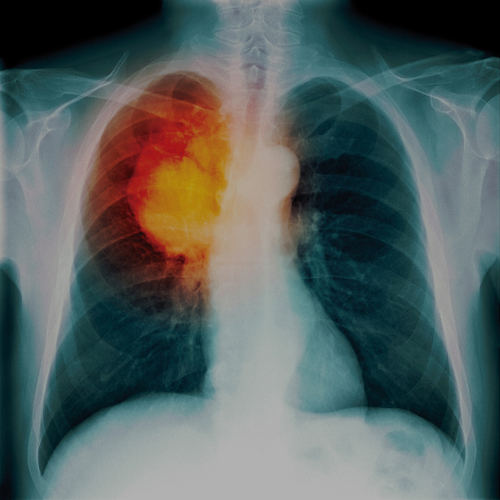