News & Events
January 16, 2017
International Symposium: In the footsteps of Alberto Sols: a homage on the centennial of his birth

The symposium will be held on February 20-21 in Madrid and the organizers have selected three scientific topics related to research interests of one of Spain’s most illustrious scientists: Yeasts as experimental models, Enzymology and metabolic regulation, and Molecular pathology.

The figure of Alberto Sols has been for decades a reference for Spanish biochemists. His exactitude in the design of experiments and in the presentation of results, his insistence on quality, and his total dedication to work were characteristics that reverberated far beyond his immediate circle of co-workers and disciples. The contribution of Sols´s work to founding biochemical research of international relevance in Spain takes on even greater significance when considering the circumstances of the country upon his return from Carl and Gerty Cori’s lab in the US back in 1954. With respect to science, it was a poor environment, lacking a substantial research tradition, as described in Sols´s biography, written some years ago by María Jesús Santesmases. Sols´s determination and the slow changes that came about in the research environment led to the development of a recognized working group that was relatively well equipped and able to promote a particular approach to tackling biological problems.

A relatively long time has elapsed since Sols departed, a time in which technological advances in his research field have brought about a revolution in experimental capabilities and new intellectual approaches to many problems. After such a storm of changes, what remains of Sols?

The legacy of a scientist´s life can be considered to comprise two parts, one tangible and the other intangible, the latter difficult to define but perceived by a wide circle of people. The first part consists of his published work and the second -sometimes equally or more important than the other one- is a certain attitude towards scientific questions, the meaning of science, the diffusion of knowledge, and professional ethics.

Some of the results of Sols´s research now form part of general knowledge, knowledge that seems to have always been there but has no names attached. Without intending to be exhaustive, we could mention his discovery of a binding site in brain hexokinase for glucose-6-phosphate different from that of the active center his contribution to the question of whether there is direct or indirect fermentation of disaccharides by yeast, which ended a long-standing controversy, his demonstration of the induced fit idea using yeast hexokinase, his contribution to the discovery of hepatic glucokinase and the role of insulin in its regulation, and his proposal -based on his knowledge of enzyme specificity- of a non-invasive, straightforward assay for intestinal lactase. His approaches were smart and he used the tools then available astutely; it is instructive to read some of his papers while imagining the context of the state of methodology of the time.

Sols had a wide intellectual curiosity that accompanied him throughout life, even in the final stage of his career when he already enjoyed wide recognition and a number of distinctions. The How and the Why -two words he had engraved in a wooden ruler on his desk- of any question fascinated him, without considering whether the outcome would result in a publication or whether it could have a practical application. A few months ago, a co-worker of the 2016 Nobel Prize winner Yoshinori Ohsumi, writing in Nature about him, stated that: “He doesn´t care about whether it will lead to something useful, whether a breakthrough can be expected, whether it will led to more funding. He just follows his curiosity”. Sols´s attitude was very similar. However, such an attitude, able to generate new perspectives, is perhaps difficult to defend nowadays in certain circles in which the only results considered important are those that can be immediately translated to achieve predetermined objectives. Sol’s intellectual position was already clearly stated at the time when he began his scientific career at the CSIC, “Every scientist has a plan. He aspires to discover something, and has the ideas to attempt it and to know how probable (sometimes just likely) it is to find out a plausible way to reach it. But in a career of pure research, tomorrow´s results may destroy the plans of today. It is not possible to design a road in an unexplored country”. His words imply that any pure research plan calls for a great amount of flexibility.

The intangible legacy of Sols lies in insistence on experimental rigor, on the search for physiological interpretations of experimental results, on a clear and unambiguous presentation of results, and on the formulation of alternative interpretations -the “something else“- that he always wrote at the end of his explanatory or organizational schemes.

In this symposium, held as a homage on the centennial of Sols´s birth, the organizers have selected three scientific topics related to research interests of one of Spain’s most illustrious scientists: Yeasts as experimental models, Enzymology and metabolic regulation, and Molecular pathology. We have also introduced a mini-session entitled “New generations, new perspectives”, in which two young established researchers will present new visions or approaches to important biological problems. In the final session, “Sols and Society”, diverse contributions of Sols to other activities of educational or scientific interest will be commented on.

The organizers thank the Fundación Ramón Areces for kindly endorsing this symposium, as well as for its generous support and logistical help. They also thank the lecturers in the different sessions for their enthusiastic response to the invitation to participate in the event. The suggestions and comments made by Federico Mayor Menéndez, Chairman of the Spanish Society of Biochemistry and Molecular Biology when this symposium was initially planned, as well as those of others too numerous to be named individually, are also warmly acknowledged. 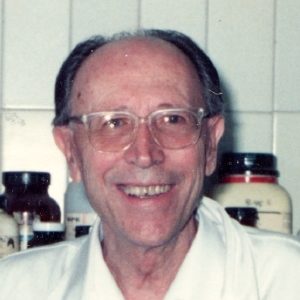