News & Events
April 6, 2016
How we use our brain influences tinnitus

People with tinnitus who are less bothered by their symptoms use different brain regions when processing emotional information (Via: www.hear-it.org)

While some patients adapt to having tinnitus, many others are forced to limit their daily activities as a direct result of the symptoms caused by their tinnitus. A study published in the journal PLOS ONE reveals that people who are less bothered by their tinnitus use different brain regions when processing emotional information than those who are constantly struggling with tinnitus in their everyday life.

The study also found that physical activity might influence emotion processing and help to improve quality of life for those bothered by tinnitus.

Activation of the frontal lope

The researchers from University of Illinois at Urbana-Champaign in the US found that patients who have adapted to their tinnitus symptoms and therefore experienced lower tinnitus distress used more of the brain’s frontal lobe. The greater activation of the frontal lobe might be helping to control emotional responses and reduce tinnitus distress.

“We are trying to understand how the brain adapts to having tinnitus for a very long time,” said speech and hearing science professor Fatima Husain from University of Illinois, who was involved in the research.

A total of 32 individuals with varying levels of tinnitus severity participated in the study, which made use of functional magnetic resonance imaging (fMRI). This method enables the researchers to see changes in blood oxygen levels in the brain during an activity. While in the functional magnetic resonance imaging scanner, subjects listened to affective sounds classified as pleasant, neutral or unpleasant from the International Affective Digital Sounds database.

Husain’s team also measured the severity of tinnitus, or tinnitus distress, with a series of surveys and questionnaires assessing hearing, attention, emotion andsleep. 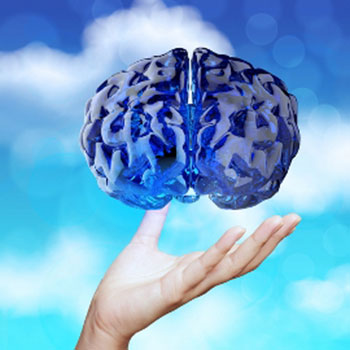