News & Events
December 17, 2015
How music and language shape the brain

EVANSTON, Ill. — Northwestern University professor Nina Kraus shed light on one of the brain’s most complex tasks — making sense of sound — during the recent Falling Walls conference in Berlin.

The prestigious annual gathering features significant discoveries or “breakthroughs” by 20 of the world’s leading scientists and social leaders across a wide range of fields. During her 15-minute talk, Kraus explained how she was able to solve a major problem in the field by devising a new way to measure what happens in the brain when it’s processing sound.

“The sounds of our lives change our brain,” said Kraus, an inventor, amateur musician and director of Northwestern’s Auditory Neuroscience Lab in the School of Communication. “In our lab, we investigate how our life in sound changes the brain, and how different forms of enrichment or decline influence how our brain processes sound.”

To measure the brain’s response to sound, researchers pipe speech or music directly into the ears of study volunteers. The scientists then measure the electricity created by the brain as it translates sound through sensors attached to participants’ heads.

Results from a series of studies involving thousands of participants from birth to age 90 suggest that the brain’s ability to process sound is influenced by everything from playing music and learning a new language to aging, language disorders and hearing loss.

Studies indicate that across the lifespan, people who actively play music (as a hobby) can hear better in noise than those who don’t play music. Kraus’ work also suggests that poverty and a mother’s education level can affect a child’s ability to process the essential parts of sound.

“We’re able to look at how the brain processes essential ingredients in sound, which are rooted in pitch and timing and timbre,” Kraus said at Falling Walls. “A mixing board is a good analogy. It’s very fine tuning.”

The newfound ability to measure sound processing in the brain has led to other important discoveries in neuroeducation by Kraus and her team. Moving out of the lab, they have conducted studies in schools, community centers and clinics.

Kraus lab discovers biological approach to measure an individual’s sound processing with unprecedented precision.
The way a pre-literate child processes the ingredients of sound – pitch, timing and timbre – can predict future reading ability.
Sound processing disadvantages can be partially offset by making music as well as speaking another language.
Engagement matters. The brains of children who were more actively involved in Kraus lab studies saw more robust changes.
Sound processing in the brain can be a neurological marker for issues such as autism, dyslexia and learning delays.
“Making sense of sound is one of the most computationally complex tasks we ask our brains to do: proccess information in microseconds,” said Kraus, the Hugh Knowles Professor of Communication Sciences.

“It’s not surprising that one of the first problems we encounter with so many disorders — you get hit in the head, have a psychiatric problem or simply get older — is understanding sound in a complex environment, like hearing a friend’s voice in a noisy place. Sound processing in the brain really is a measure of brain health.”

The Falling Walls conference, a charity supported by the German Federal Ministry of Education and Research and several other groups, aims to “connect people and their ideas across boundaries and disciplines” and encourages all “to tear down further walls in science and our global society.” The livestream of the conference was viewed by nearly 10,000 people in 48 countries. 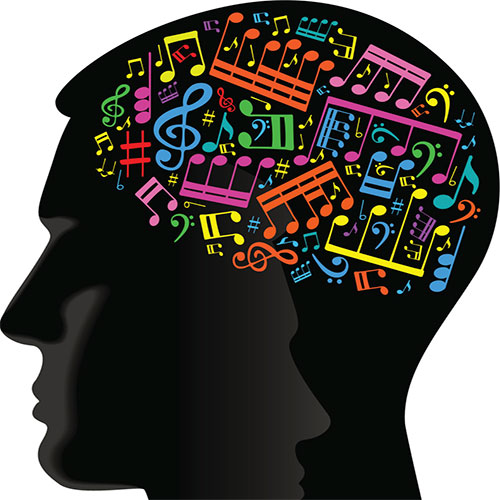