Over one-third of miners in Zimbabwe experience noise induced hearing loss due to occupational noise, a study reveals

Occupational noise has a heavy impact on health around the world. Worldwide, 22% of hearing loss in men is caused by work noise, according to the World Health Organization.

In Zimbabwe, noise induced hearing loss (NIHL) is in the top five occupational illnesses. Hearing loss is particularly common among mine workers. A Zimbabwean study found that 37% of miners suffer from NIHL. Furthermore, mine workers in plant processing, plant engineering and underground workshops are exposed to hazardous noise.

One-third with hearing loss
In the study, the researchers measured noise level at various mine sites, conducted a survey among the workers and tested their hearing. The researchers used a sample size of 167 workers, selected to represent all the mine departments or working areas.

Among the selected workers, the mean age was almost 35 years and the mean duration of exposure to noise was 7.5 years. The researchers found over one-third of the workers to suffer from NIHL.

The generally accepted standard regulation in most countries is that a noise level of more than 85 dB for an 8-hour daily exposure is potentially damaging. If the noise level exceeds 90 dB, the regulations in Zimbabwe demand an employer supply their workers with ear protectors.

Even though the mine workers used hearing protection, the mining company had no documented hearing conservation program.

About the study
The researchers stress the need for a hearing conservation program to protect employees from hazardous noise, especially in noisy occupations such as mining.

The study was conducted by researchers from the Department of Community Medicine at University of Zimbabwe and published in African Journals online. 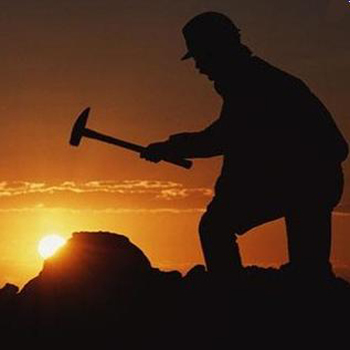