News & Events
October 3, 2016
Hearing and noise levels in stadiums: what are the risks?

The Wichita Eagle recently reported on sound levels at an entertainment venue during a music concert and the possible related risks, after their journalist recorded noise with a smartphone app.

At the start of the event, the app showed decibel values around the low 90s. At times, levels reached 110 dB, but were mostly around 100 to 105 dB. Interestingly, levels did not seem much louder near the stage than in the rest of the arena.

The reporter decided to investigate further. According to arena management, they have no control over sound levels and the sound set-up. “The tours travel with their own sound and light and control the direction they’re facing,” said Christine Pileckas, Marketing Director for Intrust arena, Wichita, Kansas.

Employees are required to use hearing protection and the employer does provide earplugs. The problem is compliance with these rules. As for the public, there are no generally recognized rules or recommendations. The Hearing Loss Association of America (HLAA) says that people should spend no more than 15 minutes without hearing protection when the volume reaches 100 dB. Other organizations put the time limit at 30 minutes before hearing may be damaged.

Despite this type of risk and other risks to hearing in a noisy modern world, some research appears to suggest that, overall, hearing among Americans is not getting worse but is actually improving. The article cites a large longitudinal study that tracked hearing loss in the USA and that, according to Howard Hoffman, a statistical expert and program director for epidemiology at the National Institutes of Health (NIH) division on deafness and hearing loss, indicated that between 1960 and 2000, hearing in fact improved across the board. 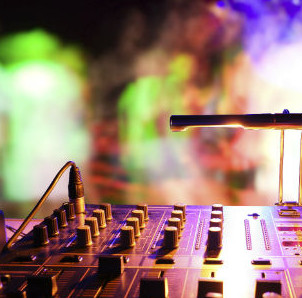