[hear-it.org] Tinnitus is associated with anxiety, depression, shorter sleep duration and a greater number of days of work missed.

According to an American study, tinnitus is associated with anxiety, depression, shorter sleep duration, and a greater number of missed workdays. Further, those reporting tinnitus symptoms as a ‘big’ or ‘very big’ problem were more likely to report symptoms of anxiety and depression than those without tinnitus or those who did not report tinnitus as a big problem.

The cross-sectional study proves a relationship between self-reported tinnitus and the experience of anxiety and depression. According to the study, it is also significant that those suffering from tinnitus reported fewer mean hours at sleep per night and greater mean days of work missed compared to those who did not report tinnitus.

Additionally, the study shows that those, who reported tinnitus symptoms as a ‘big’ or ‘very big’ problem were four to six times more likely to report symptoms of anxiety and depression than others and thus it seems there is an association between the degree of tinnitus and anxiety as well as depression.

Tinnitus is the perception of sound in the absence of an external auditory stimulus. The condition is known to be correlated with psychiatric, physical and social problems. Psychiatric disorders such as anxiety and depression are often comorbid in patients with chronic tinnitus.

The study was conducted by researchers at University of California and Harvard Medical School by analyzing the National Health Interview Series (NHIS).

The study “Relationships Between Tinnitus and the Prevalence of Anxiety and Depression” was published in The Laryngoscope 127: February 2017 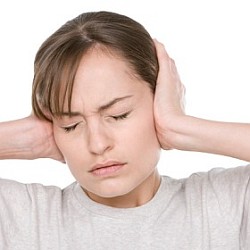