News & Events
May 3, 2017
Fewer ear infections among US infants

[hear-it.org] Ear infections during US infants’ first year have declined significantly since the 1980s and 1990s. Research suggests that vaccination and breastfeeding rates as well as lower smoking rates have contributed to the decline.

Over the past two decades, the rates of ear infection in US infants have dropped from 18% to 6% in 3-month-old infants, from 39% to 23% in 6-month-olds, and from 62% to 46% in 1-year-olds, research show. The researchers at the University of Texas Medical Branch at Galveston in the US, who conducted the study, suggest that higher rates of breastfeeding, use of vaccinations, and lower rates of smoking may be the major contributors to these significant declines.

Lead researcher Tasnee Chonmaitree and her team followed 367 babies from less than one month after birth to one year after birth and collected nose and throat mucus samples to identify signs of infections. Information about participants’ family history of ear infections, cigarette smoke exposure as well as breast versus formula feeding was also collected.

“We clearly showed that frequent upper respiratory infections, carriage of bacteria in the nose, and lack of breastfeeding are major risk factors for ear infections. Prolonged breastfeeding was associated with significant reductions in both colds and ear infections, which is a common complication of the cold. It is likely that medical interventions in the past few decades, such as the use of pneumonia and flu vaccines and decreased smoking helped reduce ear infection incidences,” Chonmaitree explains. 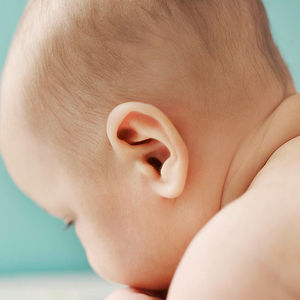