The EuroScience Open Forum (ESOF) is a biennial, pan-European, general science conference dedicated to scientific research and innovation. Each conference aims to deliver stimulating content and lively debate around the latest advancements and discoveries in the sciences, humanities and social sciences

ESOF brings together over 4,500 leading thinkers, innovators, policy makers, journalists and educators from more than 90 countries, to discuss current and future breakthroughs in contemporary science.

Now in its seventh iteration, ESOF attracts thousands of delegates to the host city during the week of the conference, which, in 2016, will be held between 23 and 27 July in Manchester. ESOF is one of the best opportunities for everyone from leading scientists, early careers researchers, business people, policy makers, science and technology communicators to the general public to come together to find out more about how science is helping us advance today.

WHAT TO EXPECT AT ESOF?

In 2016, this major event of European science will be hosted in Manchester, the birthplace of the Industrial Revolution, a city whose ideas have always challenged the established order. The motto ‘Science as Revolution’ is an invitation for breakthrough ideas to continue scientific revolutions and encourage focus on past, present and future path-breaking science.

Showcase the latest advances in science.
Promote dialogue on the role of science and technology in public policy.
Stimulate and provoke public interest and engagement, excitement and debate about science and technology.
Engage the European science community with global partners and perspectives.
Interrogate the interplay between science and society and inspire public debate on science-related societal change.
ESOF 2016 will be an opportunity to discuss the socio-cultural and economic implications and impacts of scientific revolutions from regional, national, European and global perspectives. This international perspective is particularly significant since, in the face of global challenges and the internationalisation of trade and political governance, science is increasingly considered an international collaborative endeavour; a feature that the programme will address. 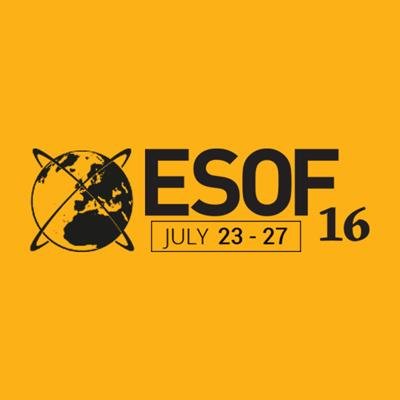