Teenagers whose hearing loss has been detected at an early age show better reading comprehension than those diagnosed with hearing loss later in life (Source: www.hear-it.org)

The earlier in life a hearing loss is detected, the better the chances of learning to read and communicate, a study from the UK has found.

The researchers of the study say that detecting hearing loss and intervening at a very early age can make a lifelong difference in development.

Testing before nine months
The researchers have followed 76 teenagers with permanent hearing loss and assessed their reading skills from the age of six to ten and again nine years later.

Early detection is crucial
There is an effective and acceptable screening test that can be carried out on newborn babies, according to senior researcher of the study, Dr. Colin Kennedy, pediatric neurologist at the University of Southampton and University Hospital Southampton NHS Foundation trust in the UK.

The UK and Germany are examples of countries where universal newborn screening programs have been implemented. In the US, about 90 % of newborn babies are screened.

“If the test picks up permanent deafness early, this will greatly improve the babies’ chances of learning to read and communicate as well as a child with normal hearing,” Kennedy says.

The study was published in the Archives of Disease in Childhood. 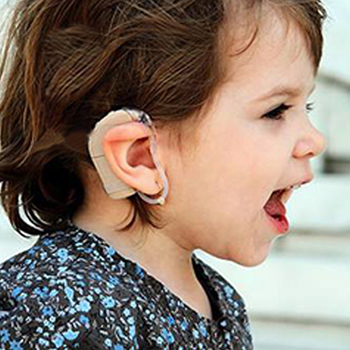