STANFORD, Calif.–(BUSINESS WIRE)–There was something wrong with Joshua Copen’s hearing. No matter how many times doctors told Iara Peng, Joshua’s mother, that her baby with Down syndrome had normal hearing, she knew they were wrong.

“Noises that should have made him react weren’t. Sometimes children with Down syndrome respond differently to sounds. But Down syndrome or not, this wasn’t right.”

“I was saying things to him and he wouldn’t respond,” said the San Carlos, Calif., mom. “Noises that should have made him react weren’t. Sometimes children with Down syndrome respond differently to sounds. But Down syndrome or not, this wasn’t right.”

Peng said she owes Joshua’s new life to Kay Chang, MD, a pediatric otolaryngologist and otologic surgeon at Lucile Packard Children’s Hospital Stanford and Stanford Children’s Health, who passionately advocated cochlear implants for Joshua. For many doctors, cochlear implants would have been an unconventional approach for a child with Down syndrome.

“Traditionally, developmentally delayed patients haven’t been seen as ideal candidates for cochlear implants,” said Chang, associate professor of otolaryngology – Head and Neck Surgery at the Stanford University School of Medicine. “The electrical stimuli delivered by the implants have no resemblance to regular hearing. The brain has to adapt itself to learn the electrical patterns. Someone who is developmentally delayed isn’t going to progress as fast as a child who is developing normally. However, just because it’s a lot tougher to rehabilitate a child with developmental delay doesn’t mean they won’t benefit from it.”

And Chang didn’t believe that hearing aids were enough to help Joshua hear or learn speech and thought the cochlear implants were the child’s best shot for interacting with the world. And Peng, who looked at all her son’s options, including sign language, agreed.

“Like my husband and I, Dr. Chang believed that Joshua can be anything – and that cochlear implants were critical to giving him the opportunities he deserves.”

The journey began when Joshua was 16 months old. An auditory brainstem response test – an examination of the nervous system that controls hearing – revealed that he was profoundly deaf. Unfortunately, hearing loss in general is not unusual for children with Down syndrome, who have a higher incidence than other groups. When Peng conferred with physicians across the country about what to do, they told her that she had the premiere expert right in her own backyard at Stanford – Chang.

Although Chang and Peng were convinced that the implants were the best option for significantly improving Joshua’s quality of life, they had to prove it to insurance companies.

“It’s a huge process to prove that a hearing aid won’t work instead,” Peng said. But Chang believed that with the right auditory rehabilitation and speech therapy program, Joshua could learn to take full advantage of the cochlear implants, and that’s why Peng said she appreciated the physician’s dedication to her son.

“Here was this world-class surgeon telling me he believed my son’s quality of life mattered,” she said, adding that that hadn’t always been the case.

“You don’t get the same reception treating a Down syndrome child that you would get with a typical child,” said Peng, whose two other children are developmentally normal. “What you get is a lot of pity and low expectations. Doctors will say, ‘You’re doing too much for him.’ It’s like they’re giving up. Never once did I get the feeling that Dr. Chang was giving up on him.”

Chang performed the implant surgery in 2011, just before Joshua turned 2. There was a caveat to ensuring the implants’ success. Joshua would have to attend a special school to learn how to train his brain to hear and speak. The family’s insurance providers came through, convinced by Chang that the implants were Joshua’s best course of treatment. Peng and her husband, Brent Copen, thereafter enrolled Joshua into the Weingarten Children’s Center, a non-profit school in Redwood City that teaches kids with hearing loss language skills. Joshua did so well after the first cochlear implant that six months later, he had the other ear implanted as well.

Joshua’s life began to drastically change to the point where now, at the age of five, he’s in the 50th percentile for learning comprehension of all children his age. In the meantime, John Oghalai, MD, is completing a study funded by the NIH in which he is trying to measure the benefits of cochlear implants in developmentally delayed patients like Joshua. Oghalai is director of the Children’s Hearing Center at Lucile Packard Children’s Hospital Stanford and associate professor of otolaryngology at the School of Medicine.

In a similar 2012 study, Oghalai found that the use of cochlear implants in deaf children with developmental delay can help them from falling further behind their peers and shouldn’t be so easily dismissed. And the earlier the child gets the implants – 12 months is the minimum age allowed by the FDA – the better.

Chang said the studies are significant, but he didn’t need them to know that cochlear implants were the best choice for Joshua. “There is no question in my mind that without them Joshua wouldn’t have learned speech,” Chang said. “Look at what a great success story he is. He’s the best proof possible that we should never, ever write these kids off.”

Stanford Children’s Health, with Lucile Packard Children’s Hospital Stanford at its core, is an internationally recognized leader in world-class, nurturing care and extraordinary outcomes in every pediatric and obstetric specialty from the routine to rare, for every child and pregnant woman. Together with our Stanford Medicine physicians, nurses, and staff, we deliver this innovative care and research through partnerships, collaborations, outreach, specialty clinics and primary care practices at more than 100 locations in the U.S. western region. As a non-profit, we are committed to supporting our community – from caring for uninsured or underinsured kids, homeless teens and pregnant moms, to helping re-establish school nurse positions in local schools. Learn more about our full range of preeminent programs and network of care at stanfordchildrens.org, and on our Healthier, Happy Lives blog. Join us on Facebook, Twitter, LinkedIn and YouTube. 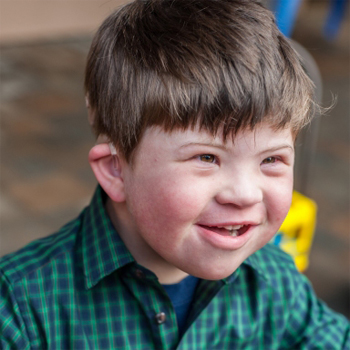