News & Events
May 22, 2015
Better use of cochlear implants with gene therapy

Beam gene therapy may increase the power of the cochlear implants, thereby improving the hearing of the user, a study suggests

Cochlear implants function by sending electrical impulses directly to the active auditory nerves in the brain. The implants don’t restore the hearing to normal, however by combining beam gene therapy and cochlear implants, the power of the implant as well as the user’s hearing can improve, an Australian study has found.

Restoring auditory neurons
The study conducted by the Australian research team is part of growing research into ways of improving the sound experience among cochlear implant users. While implants in many cases have been highly successful, they also have limitations, e.g. missing out on musical tones.

The idea behind the project is to use gene therapy to achieve a closer link between the implant and auditory nerves. This link is attained by stimulating the regrowth of neural cells. Here, the researchers developed a method to deliver the missing protein called neurotrophin that makes the nerve fibres regrow.

During the study, the team injected a growth factor-producing gene into the ears of the guinea pigs as well as redesigning the electrode in the cochlear implants to beam in stronger-than-normal electrical pulses. These pulses made the membranes of nearby cells temporarily permeable, so the injected gene could slip inside. The manipulated cells then began to produce the protein, thereby stimulating the regrowth of spiral ganglion cells.

Even though the method is not ready for human testing, the researchers assess the results as early steps towards a possible method to improve the hearing experience among cochlear implants users.

The study was carried out by researchers at Australia’s University of New South Wales. The findings of the research were published in the journal ‘Science Translationed Medicine’. 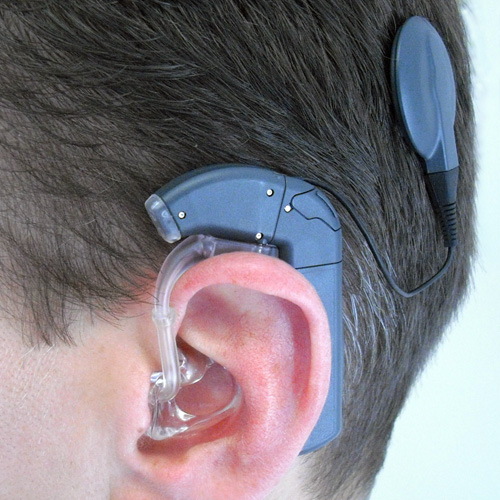