[hear-it.org] Martin Kemp from Spandau Ballet suffers from both tinnitus and hearing loss due to a long career in the music industry.

Martin Kemp, the bass player for the band Spandau Ballet, who were very popular in the 80’s, has revealed that stadium rock and screaming fans have ruined his hearing. Today, he suffers from constant tinnitus and has hearing loss as well.

‘There is a whistling in my ears all the time,’ Martin Kemp revealed to the Daily Mail. ‘During the day, I don’t notice it, but as soon as it goes quiet, or I’m in bed, I can hear it. It drives me a bit crazy sometimes.’

Kemp’s constant and highly irritating tinnitus is a consequence of his long career as a musician, standing in front of giant stacks of amplifiers as well as meeting screaming fans during the years when Spandau played in stadiums across the world.

But tinnitus has not been the only consequence for Kemp. When visiting an audiologist because of his tinnitus, he was further told that he has a high-pitched hearing loss.

‘But it’s not surprising considering I’ve been in the music industry since I was 17. Standing in front of a tower block of amplifiers or using in-ear monitors – which I think are worse because the sound goes right into your ears – killed the high end of my hearing. The sound on stage was incredibly loud.’

Martin recalls suffering from ringing ears already in his 20’s, and he explains that even though he knew that the noise wasn’t good for him, he felt like there wasn’t much to do about it. Therefore, he was continuously exposed to the extremely loud sounds that have now damaged his hearing.

Kemp further reveals that his brother, Gary Kemp, who also featured in Spandau Ballet, suffers from hearing problems as well. 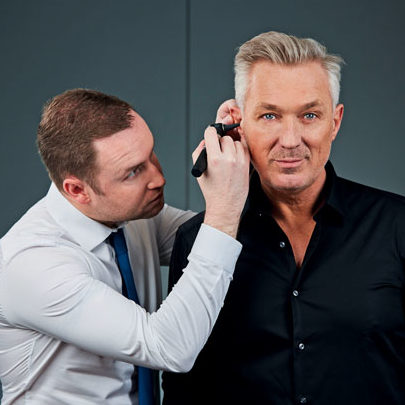