People with a history of military service have an increased risk of hearing loss. In the United States, 1.5 million military veterans suffer from hearing impairment caused by their time in the services.

Hearing loss is usually associated with age. However, according to Hearing Health Foundation in the U.S., about 60% of younger war veterans who served in Afghanistan and Iraq returned home with hearing loss and/or tinnitus. Although auditory injuries have been called the number one war wound by veterans, the injuries are frequently overlooked.

Regular hearing screenings during service can help diagnose and provide valuable information about hearing loss in the military.

Military life is noisy
A life in the military is noisy. Being a part of the military involves loud noise from electrical generators in the camps, trucks, helicopters, blasts and combat. All of which are factors that can damage the hearing of the soldiers.

Especially blast exposures can cause sudden dramatic changes in hearing. Unfortunately, auditory injuries from explosions may be overlooked because the blast results in other potentially life-threatening injuries. In these cases, damaged hearing is seen as a low priority concern, even if it can have a negative effect on the veteran later in life.

It is important to remember that all veterans, even those who operated far from the front line, are at risk of auditory injury. 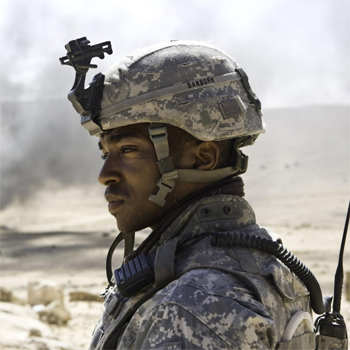