[hear-it.org] A study confirms that a class of antibiotics used to treat people with cystic fibrosis increases the risk of permanent hearing loss. As the first of its kind, the study further proves that high cumulative dosages over time significantly increase this risk.

While previous studies have demonstrated a greater risk of hearing loss from aminoglycoside antibiotics, this study is the first to examine the effect of cumulative dosages over a patient’s lifetime while also weighing the daily dosing schedule used by patients.

Cystic fibrosis, or CF, is an inherited chronic disease that affects the lungs and the digestive system. Among other things, the disease can lead to life-threatening infections and reduced quality of life.

According to the researchers of the study, their findings will allow both patients and physicians to discuss possible modifications to the treatment of cystic fibrosis.

“Preventing or ameliorating the effects of permanent (hearing loss) is crucial for patients with CF who already have a significantly compromised quality of life due to the disease,” the researchers concluded.

The study was conducted by researchers at Oregon Health & Science University and published in the Journal of Cystic Fibrosis. It included 81 patients with cystic fibrosis, aged 15 to 63 years. 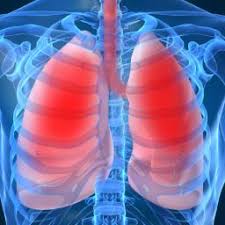