Fischer 344 (F344) rats represent a strain that is frequently used as a model for fast aging. In this study, we systematically compare the hearing function during aging in male and female F344 rats, by recording auditory brainstem responses (ABRs) and distortion product otoacoustic emissions (DPOAEs). In addition to this, the functional parameters are correlated with the cochlear histology. The parameters of the hearing function were not different in the young (3-month-old) male and female F344 rats; the gender differences occurred only in adult and aged animals. In 8–24-month-old males, the ABR thresholds were higher and the ABR amplitudes were smaller than those measured in females of the same age. There were no gender differences in the neural adaptation tested by recording ABRs, elicited by a series of clicks with varying inter-click interval (ICI). Amplitudes of DPOAEs in both the males and females decreased with age, but in the males, the decrease of DPOAE amplitudes was faster. In males older than 20 months, the DPOAEs were practically absent, whereas in 20–24-month-old females, the DPOAEs were still measurable. There were no gender differences in the number of surviving outer hair cells (OHC) and the number of inner hair cell ribbon synapses in aged animals. The main difference was found in the stria vascularis (SV). Whereas the SV was well preserved in females up to the age of 24 months, in most of the age-matched males the SV was evidently deteriorated. The results demonstrate more pronounced age-related changes in the cochlear morphology, hearing thresholds, ABR amplitudes and DPOAE amplitudes in F344 males compared with females. 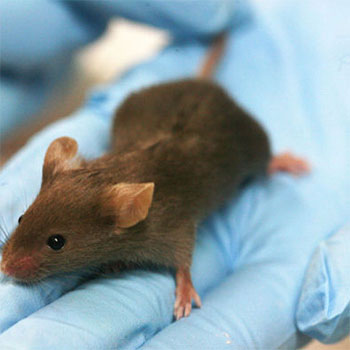