Maria Bitner-Glindzicz runs the UK Genetic Deafness Clinic at Great Ormond Street Hospital. She has led the development of a new test which aims to improve the identification of the genetic cause of a person’s hearing loss

Maria Bitner-Glindzicz is Professor of Clinical and Molecular Genetics at the Institute of Child Health, University College London, and runs the UK Genetic Deafness Clinic at Great Ormond Street Hospital. Her research focuses on genetic deafness, both syndromic and non-syndromic.

She has led the development of a new test which aims to improve the identification of the genetic cause of a person’s hearing loss. This test has recently been made available on the NHS, and Maria has written a blog to tell us more about it.

Have you ever wondered about the cause of your hearing loss?

Most people do not know why they or their child have a hearing loss. For some people this may not matter, but many families do want to know the cause. Hearing parents of a deaf child often wish to find out more about the cause of their child’s deafness; they may want to know whether it is genetic and whether they may have more deaf children, or whether the deafness is likely to get worse over time.

Other reasons for wanting to find a cause for a person’s hearing loss include the evidence that particular types of deafness may have good outcomes after cochlear implantation, or that it may be useful to find out early whether a person’s deafness is part of a syndrome. In this case early monitoring for complications may be put in place. For young adults who are thinking of starting their own family, more knowledge about the cause of their deafness may be helpful in trying to determine whether their hearing loss is likely to be passed on to their future children.

Advances in genetic technology now mean that more comprehensive testing is available for many genetic conditions, including deafness. The cost of genetic testing has declined markedly in the last few years, whereas speed and capacity has increased dramatically. This means that it is now technically and financially possible to test a person’s DNA for a large number of genes, instead of just one or two genes. Therefore genetic conditions that may be caused by any one of a large number of potential genes, such as hearing loss, are now amenable to much more comprehensive genetic testing than was previously possible.

The North East Thames Regional Genetics Service is now able to offer testing for a ‘panel’ of 95 genes causing hearing loss, by the new technique called ‘Next Generation’ or ‘Massively Parallel’ sequencing. This means that patients (either adults or children) in whom there may be a genetic cause for hearing loss and who are particularly keen to have more information, or whose doctors think it may be useful, can be offered the gene panel test through their genetics service. Initially DNA from blood samples is analyzed for genes which are known to cause hearing loss alone (non-syndromic hearing loss). If no cause is found then doctors can request that remaining genes causing syndromes which include hearing loss can be examined.

Analysis of such a large number of genes does mean that there is a great deal of genetic information to analyze in the laboratory before the single genetic change causing the hearing loss can be identified. Our genes contain natural genetic variations, which make us different from each other; however some variations prevent the gene from working normally – these are commonly called ‘mutations’. So sometimes when a genetic change is found in a gene which is known to cause deafness, it can be difficult to determine whether the change itself is responsible for the hearing loss or whether it is a harmless variation and the true culprit is another change in a different gene. The key is to work out which is which.

Some genetic changes clearly disrupt the function of a gene and are obviously ‘mutations’ whereas others are more subtle. In these cases it is important to consult the worldwide medical genetic literature to see whether the particular genetic change has been previously associated with hearing loss; for some genes, because this sort of testing is in its infancy, very little information has been published to date. Another avenue is to examine public scientific genetic databases which give information about the frequency of genetic changes in different populations. For example if a genetic change is present in 1 in 100 people, it is unlikely by itself to cause severe deafness because it would be too common.

Sometimes blood samples from other family members may be requested in order to check whether a potential genetic cause is, or is not, present in them. So the testing does take several months, but already many families now have a genetic diagnosis, ending years of uncertainty for them. This may mean that a syndrome diagnosis has been confirmed, or that a genetic cause has been established and so accurate genetic counselling can be given about the chances of further children inheriting the same condition.

By no means all people will receive a diagnosis as a result of the gene panel test, because doctors and scientists don’t yet know all of the genes involved in hearing. However, many more people now know the cause of their deafness, as a result of the test. Since it is possible to add more genes to the ‘panel’ as more genes are discovered, testing will improve as knowledge increases.

Other genetic techniques can help to find more deafness genes

It is also possible to analyze all of a person’s genes (about 20,000 of them) rather than just limiting the effort to known genes which can cause hearing loss. This is called ‘exome’ sequencing, since the parts of DNA that code for proteins (the chemicals in our bodies which do all the work in our cells) are called ‘exons’. Exons make up about 2% of all of our genetic material. Although this is even more comprehensive, it also requires more analysis, and is currently used as a research tool rather than a diagnostic NHS service.

An even more comprehensive approach is ‘Whole Genome Sequencing’. Here all of a person’s genetic material (their ‘genome’) is analyzed. The genome coverage is almost complete, but the analysis is daunting! However, people whose deafness is thought to be genetic but who don’t have a genetic diagnosis, may be eligible for Whole Genome Sequencing as part of the government sponsored ‘100,000 Genomes Project’. Eleven Genomic Medicine Centres throughout England will be recruiting participants for the project until the end of 2017; current eligibility criteria for hearing loss include severe-profound congenital deafness, auditory neuropathy of unknown cause, and siblings with moderate hearing loss or worse.

How to find out more

People who are interested in the gene panel test should ask their doctor to be referred to a local genetics centre to discuss investigation of their hearing loss. Those with a family history of hearing loss, or those without a family history who have severe-profound hearing loss from birth without an obvious cause may well have a genetic hearing loss. Demand for many genetic tests for many different genetic disorders is increasing rapidly, and financial budgets mean that not everyone who wants to be tested may be able to access the test. Genetics teams will also be able to provide more information about the 100,000 Genomes Project, and you can also find out more on the Genomics England (external link, opens in new window) website. 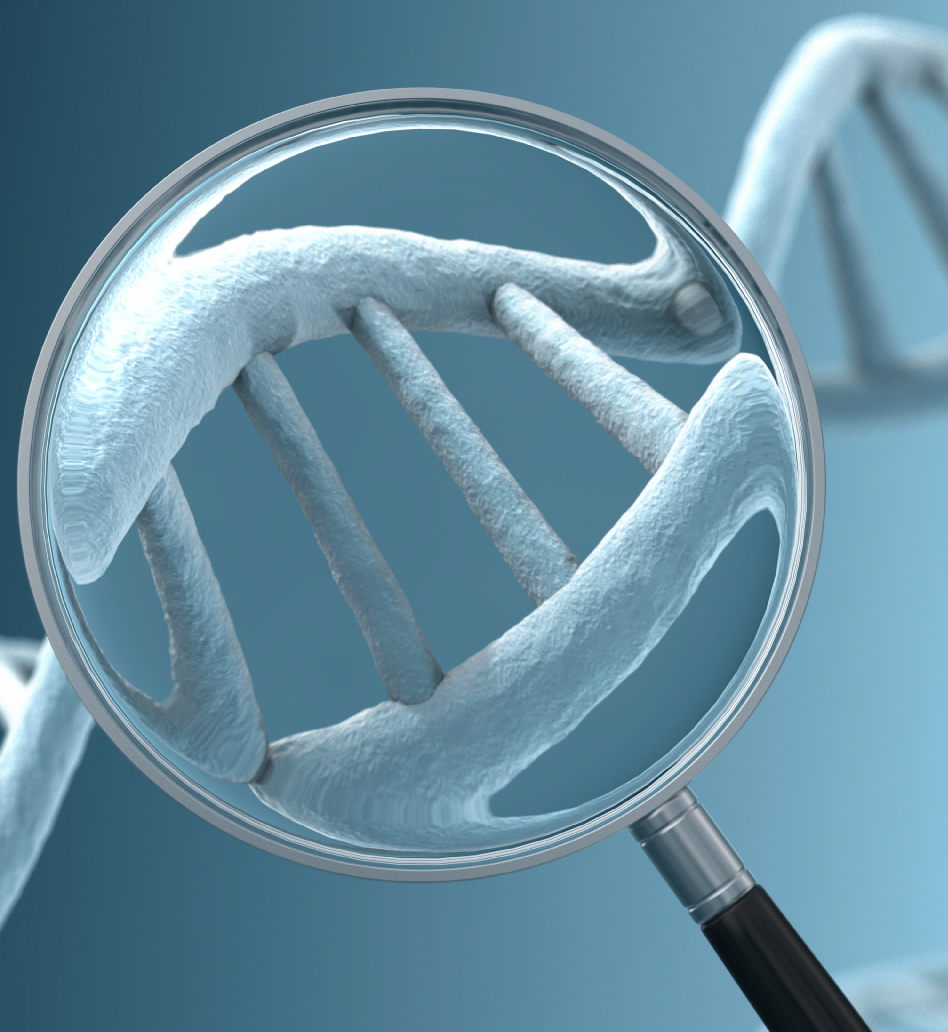