The explanation for inherent hearing loss can in most cases be found in our genes. More than 500 of the 30,000 human genes can impact hearing

The human body consists of 30,000 genes that control the functions of the cells by creating different proteins. Of the 30,000 human genes, at least 5,000 affect hearing, according to Claes Möller, professor in audiology at Örebro University in Sweden.

Mutations cause hearing loss
If a gene has a defect, it might not produce the protein it needs or produce too little of it. In this case, the gene is called a mutation. Of all the people born with a hearing loss, at least two out of three of these cases are caused by a mutation in one of the 500 genes.

Of the hearing losses caused by a mutation, one third of the instances contain a so-called syndrome which means that the hearing loss exits in combination with other symptoms. An example is Usher Syndrome that affects both hearing and vision.

In order to find the right treatment for hearing loss, it is important to find out which gene is causing it. In the case of Usher Syndrome, researchers are now in the process of experimenting with gene therapy, Möller says. 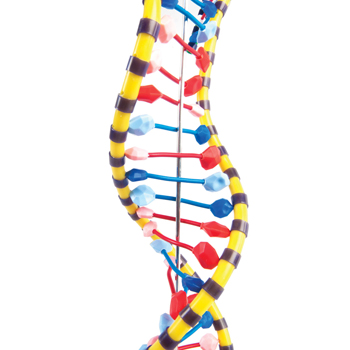